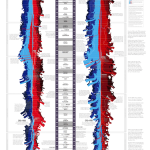 Ultimately, we believe that DNT must map to user intent — not to the intent of one browser creator, plug-in writer, or third-party software service. Therefore, although Yahoo! will continue to offer Ad Interest Manager and other tools, we will not recognize IE10’s default DNT signal on Yahoo! properties at this time.

« We can hear you having sex » apparently appears with a degree of regularity across Britain and Ireland, according to OpenSignalMaps. (via BBC News – The rise of passive-aggressive wi-fi names)