Too little transparency and citizens can lose faith in their government and institutions, while exposing too much can make it impossible to collect the intelligence we need to protect the nation. 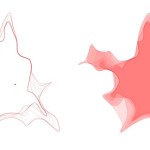 « As we think about traffic in cities as somewhat like the pulse of the city, Isoscope is an approach to capture this rhythm with its up and downs ». (via Isoscope | Exploring Mobility) 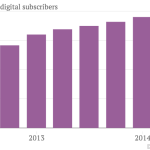 « The 2011 documentary, Page One: Inside the New York Times, depicts an organization in crisis, struggling to adapt to a rapidly changing digital world, shedding jobs and fighting for its survival.
Nearly three years on, some of the faces have changed (younger reporters featured in the film, such as Brian Stelter, no longer work in the famed newsroom, having moved to television.) But the company behind the “grey lady” looks like it might have finally found its feet again”. (via The New York Times is finally getting its swagger back – Quartz)

Jobs began to realize that Google could become the next Microsoft which would have the same effect that the old Microsoft had on the pre-iPhone Apple, it would cut the company off at the knees. Jobs realized that the only way to prevent that, was to put a dagger into the very heart of Google – Search. So he started up the most secret project ever undertaken at Apple. The name of the project was “Found.”

Here’s the simplest way to think about Aereo: a TV antenna attached to a DVR with a very long cord. That would seem to be perfectly legal. But since the long cord is actually the internet, what’s really on trial at the Supreme Court is the cloud.