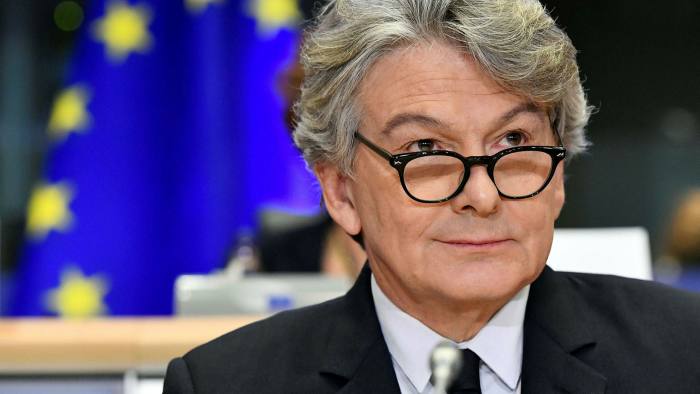 “In a virtual meeting on Thursday, Sundar Pichai told Mr Breton, the internal market commissioner, that Google was a very large company and that the document “was never shown to me”. He added that he had not “sanctioned” the plan, according to two people familiar with the conversation. The document set out Google’s response to landmark new legislation from the EU as the bloc reshapes how it regulates internet companies. It contained a two-month strategy to remove “unreasonable constraints” to Google’s business model and “reset the narrative”. It singled out Mr Breton, listing one objective to “increase pushback” on the French commissioner in an attempt to weaken support for the proposed plans in Brussels. ”