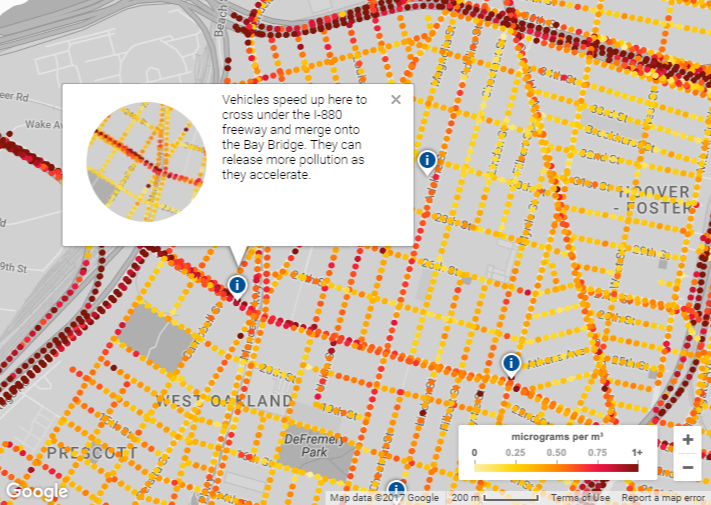 « Today, with our partners at Environmental Defense Fund (EDF) and Aclima, we’re sharing the first results of an endeavor we started in 2015: to measure air quality using Aclima equipment mounted on Google Street View cars. You can now see maps for Oakland, CA, released by EDF, of nitric oxide (NO), nitrogen dioxide (NO2) and black carbon—pollutants emitted from cars, trucks and other sources that can affect our health and our climate ». The Upshot, FiveThirtyEight, Predictwise, etc: their predictions for President varied over the campaign as you’d expect as new data came in, but consistently made Clinton a solid favorite, with a probability of a win topping 70% the day before election day. So what went wrong?

Source : How did the election forecasts get it so wrong?

Mapping historical photos from the NYPL White Spots. A Journey to the Edge of the Internet