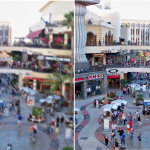 (via Behind All the Buzz: Deblur Sneak Peek | PHOTOSHOP.COM BLOG)

Hewlett-Packard Co. is rethinking its plan to spin off its personal-computer division, as fresh analyses show the costs might outweigh the benefits, according to people familiar with the matter.

Diaz was arrested after selling Ecstasy to a police informant posing as a drug purchaser. Upon arrest, Diaz’s cell phone was seized and placed into evidence. After Diaz was interviewed in custody, Senior Deputy Sheriff Victor Fazio looked through Diaz’s cell phone text messages and found a text detailing a sale of Ecstasy. Diaz was charged with selling a controlled substance. Diaz pleaded not guilty and moved to quash the information gained from the search of his text messages, alleging such a warrantless search of his cell phone violated the Fourth Amendment. The trial court denied the motion, reasoning the search was incident to the arrest.